Bringing food and drinks is not allowed because we have this service.
Book it Now

If you have been in this lodging, share your experience 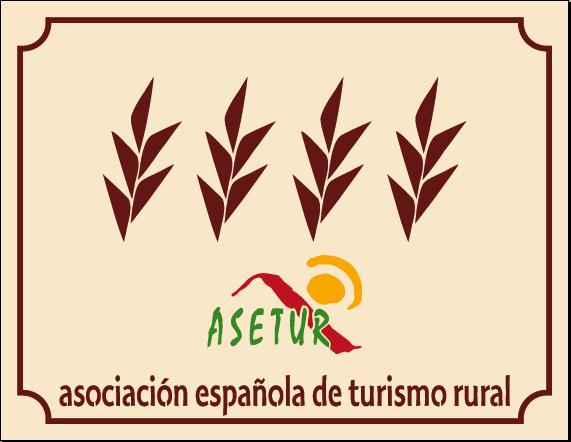 ListMap
* Distances calculated in a straight line from the property

Renaissance castle defended by a wall of the XII century, in which Richard Lester filmed part of The Three Musketeers. From the top you can see the layout of this medieval town and its Gothic collegiate .Nearby there are anthropomorphic tombs.
a 10Km.

National Monument since 1931. The Europe's largest castle. Caliphate, from the X century, in Almanzor´s time. The Duero turns around the rocky outcrop that sits. El Cid was his warden and disgraced, his wife and daughters were there prisoners.
a 11Km.

The hermitage of Saint Baudelio, close to Berlanga de Duero, is awesome because it drives us to Orient with its palm trees and it surprises us with its Romanesque pictures and its air of mosque
a 19Km.

Gothic cathedral with Cistercian influences with Baroque tower and neoclassic added in its monumental Chapel Palafox. Interesting Roman remains. It was built from 1231 Two facades with multiple figures. Cathedral Museum and Gothic cloister.
a 23Km.

A Historical Artistic Group. Medieval town with its medieval flavor through its paving streets, typical houses, castle tower and city walls. So it has been stage in several films, excelling Chimes at Midnight of the great Orson Welles.
a 27Km.

At the end of the Gorge of Abión is its the birth of La Fuentona guarded by vultures and other raptors, surrounded by a pine and some juniper and oak. It is Natural Monument and you cannot have a bath in it. The best access is by Muriel de la Fuente.
a 28Km.

Historic-Artistic group where its two arcade Romanesque churches stand out. On the hill there are remains of the castle, and in its slope there are traditional wineries. Medieval bridge. See Regional Park Romanesque.
a 28Km.

In the southwest of Soria surprises to the visitor the stone city of Celt Iberian Tiermes in the South of the site, and its equally fascinating Roman Forum and the Romanesque chapel. There is also a good archaeological museum.
a 29Km.

Almazán is between Medinaceli and Soria, is a villa that keeps a wide cultural heritage, its Main Square is the most interesting settlement, and where is also the Office of Tourism.
a 32Km.

Axis of Natural Park of the River Lobos where the vultures are the kings of the air. La Casa del Parque in Ucero, and location of the Templar church of San Bartolo and Cueva Grande are charismatic. There are parking, road and path.
a 33Km.

By the natural wealth that offers; with natural vegetation is a worthy place to visit. It is configured by the Lillas and Zarzas rivers, and an exceptional beech forest, which is not difficult to observe free to roe deer and wild boar.
a 42Km.

Ayllon summarizes the legacy of Castile in the sixteenth and sixteenth centuries frozen, hidden and guarded with care to release day and surprise visitors from the sights and cuisine of a medieval village.
a 46Km.

Summary of all paleontological and archaeological history of the province, it is located in front of the Dehesa Park and public parking. The Celtiberian remains stand out above everything, especially mythological ceramics from Numancia.
a 46Km.

Between San Polo and San Saturio, along the Douro, the most Machadian (from Machado) poetic itinerary of Soria is over here. The chapel, Baroque, fascinates for rising above a cave and hang in the stony hillside of Santa Ana.
a 46Km.

Its Romanesque facade, similar to the Notre Dame´s of Poitiers, is superb with archivolts of images from the New Testament, including the Apoccalypse, and a good figurative eardrum-tetramorfos- Pantocrator. And his rosette has a bestiary in the border.
a 47Km.

The cloister is outdoors, roofless. It belonged to a monastery and hospital from San Juan whose church is next door in which two temples of oriental flavor. The intersecting arches are of Moorish influence, unique in Spain.
a 51Km.

Numancia resisted the Roman Empire in various Celt Iberian-Roman wars until they were burnt by Cornelius Scipio in 133 BC. Both houses have been rebuilt and there is a route to walk the streets and see the foundations. It is in Garray.
a 51Km.

Clunia was Celtiberian first and was after Roman, and in it there are left different archeological remains, including mosaics. Its Interpretation Center, the forum, and above all, the theater stands highlight.
a 52Km.

Situated on the left bank of the river Henares, perched on a gentle slope, Siguenza leads the valley from the remotest antiquity. The Cathedral, begun in 1130 at the request of Bishop Bernard of Agen, is Romanesque and later is developed...
a 52Km.

On the top of a hill stands the triple Roman arch as best showcase of its Historical Site, with alleys of medieval flavor. Plot of the Dukes of Medinaceli. Roman mosaics, arcaded plaza with palace.
a 55Km.

Among Dueruelo de la Sierra and the Peacks of Urbión where the Duero is born, there is the rocky landscape of Castroviejo, the Enchanted City of Soria which reminds the city of Cuenca. The pine views from the lookout are outstanding. There are picnic tabl
a 56Km.

- Data managed and maintained by the owner - Information provided by © RuralesData.com